Deprecated: Array and string offset access syntax with curly braces is deprecated in /home/freshcut/public_html/trueshepherds.com/wp-content/plugins/smart-slider-3/nextend/library/libraries/assets/less/lessc.php on line 677

Deprecated: Array and string offset access syntax with curly braces is deprecated in /home/freshcut/public_html/trueshepherds.com/wp-content/plugins/smart-slider-3/nextend/library/libraries/assets/less/lessc.php on line 1801

Deprecated: Array and string offset access syntax with curly braces is deprecated in /home/freshcut/public_html/trueshepherds.com/wp-content/plugins/smart-slider-3/nextend/library/libraries/assets/less/lessc.php on line 2487

Deprecated: Array and string offset access syntax with curly braces is deprecated in /home/freshcut/public_html/trueshepherds.com/wp-content/plugins/smart-slider-3/nextend/library/libraries/assets/less/lessc.php on line 2550

How did two Germans make it into Orthodoxy? 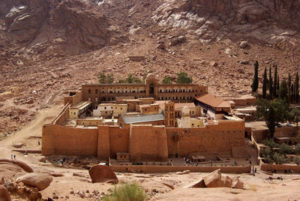 In 1995, movie director and later author of the film project about Saint John of Shanghai and San Francisco, Maria Ingrid Bandmann,  was asked by a German TV station to develop a series about „2000 years of Christianity”. Taking her 12 year old son along on a first research trip to the St. Catherine’s monastery on Mount Sinai, she first encountered Orthodoxy. For the first time in their lives they met Orthodox monks in the middle of the desert in one of the oldest Christian monasteries. Their experience of an Orthodox worship in a setting of more than 1400 year old buildings, of the ancient byzantine singing and the subsequent conversations with those Orthodox monks touched both of them to the depth of their hearts. As Christians who had been brought up in the West, their first question was of course, why they were not allowed to participate in Holy Communion. The answer they received, that Eastern and Western Christians, having been separated by a distorted creed and changed dogmas, no longer believe in the same God, was disturbing, and thought provoking. Particularly moving was the monk’s final statement: “There is nothing more difficult than to convert “so-called Christians” to Christianity.” Both mother and son were amazed to learn that Orthodox Christianity had not only preserved the original rituals, but also all spiritual Traditions of the Church in their pristine integrity. They were told that such integrity was still alive and could be visited even in the midst of Germany in a Russian Orthodox monastery dedicated to St. Hiob of Počaev in Munich. From that moment on, both mother and son began seriously looking into Orthodoxy. 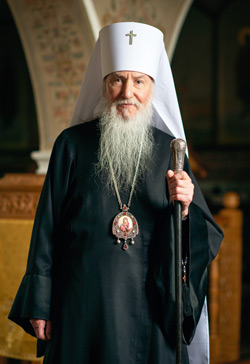 Metropolitan Mark of Berlin and Germany

They became friends with the monks on Mount Sinai, who even sent them books about the faith to their German home address. Later they explored the monastery in Munich, asked for advice and became spiritual children of Archbishop Mark, the abbot of the monastery. Their sojourn on Mount Sinai had profoundly changed their lives. They studied Orthodoxy in greater details and found everything they had been told to be true. Following the traces of Christ’s life, they visited the Holy land and its places of veneration, both in Palestine and in Greece. Eventually they were ready to become Orthodox

The originators of the movie project 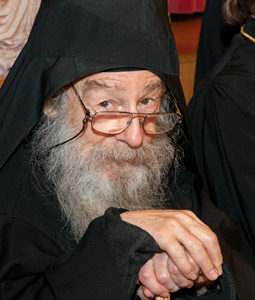 S‘chi-Archimandrite Basilius (Grolimund) had been born on Easter Sunday of 1943 in the town of Muri in Switzerland. After finishing high school, he decided to study theology in Greece and converted to Orthodoxy . One of the most famous spiritual fathers of the last century, the Serbian theologian and archimandrite Justin Popović, tonsured him into monasticism. St. Justin was himself recognized as a saint of the Serbian Church in 2010.

Father Basilius spent 11 years as a monk on Mount Athos. During these years, his father confessor was St. Paisius of the Holy Mountain, who was recognized as a saint of the Church in 2015. It was with the blessing of St. Paisius that Father Basilius went to Germany thirty years ago and founded the Skete of St. Spyridon as a monastic settlement of the Serbian Orthodox Church. Here services are conducted mainly in German, but also include prayers and chanting in English, Greek, Serbian, French, and Church Slavonic. Father Basilius himself is fluent in 9 languages. 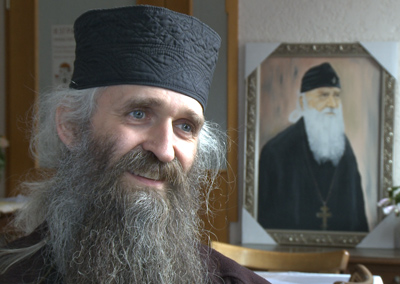 The monastery and its founder are well known not only in Germany but also abroad. Many of his spiritual children come to visit this highly educated, spiritually experienced Elder in order to confess or receive helpful advice. A second hermitage has been established under his guidance. It is dedicated to the Feast of the Annunciation and to St. Justin Popovic. Its administrator is S’chi-Archimandrite Justin, the spiritual son of Father Basilius.

The birth of the idea of the film project.

The spiritual Father of Father Basilius, the later Saint Justin (Popovic), and Saint John of Shanghai and San Francisco (Maximovic), knew and deeply respected one another. During the 1930s, they had spent five years together teaching in the Seminary of Bitola in Macedonia (then still Yugoslavia). They were joined by then local bishop Nikolai (Velimirovic), whose sainthood has also recently been acknowledged. It was this meeting of three eminent saints of the 20st century, which gave birth to the idea of a movie about St. John.

Blessing his spiritual son, Father Justin, to realize this project, Father Basilius also agreed with the latter’s blessing his own spiritual son, Johannes Sigel, son of the German Orthodox priest Pavlos, to look for a movie director willing to undertake the task. Gregor Fernbach, the main publisher of Orthodox literature in Germany (Edition Hagia Sophia) knew and appreciated several of Maria’s TV movies. Through him, Johannes Sigel got into contact with her.