Deprecated: Array and string offset access syntax with curly braces is deprecated in /home/freshcut/public_html/trueshepherds.com/wp-content/plugins/smart-slider-3/nextend/library/libraries/assets/less/lessc.php on line 677

Deprecated: Array and string offset access syntax with curly braces is deprecated in /home/freshcut/public_html/trueshepherds.com/wp-content/plugins/smart-slider-3/nextend/library/libraries/assets/less/lessc.php on line 1801

Deprecated: Array and string offset access syntax with curly braces is deprecated in /home/freshcut/public_html/trueshepherds.com/wp-content/plugins/smart-slider-3/nextend/library/libraries/assets/less/lessc.php on line 2487

Deprecated: Array and string offset access syntax with curly braces is deprecated in /home/freshcut/public_html/trueshepherds.com/wp-content/plugins/smart-slider-3/nextend/library/libraries/assets/less/lessc.php on line 2550 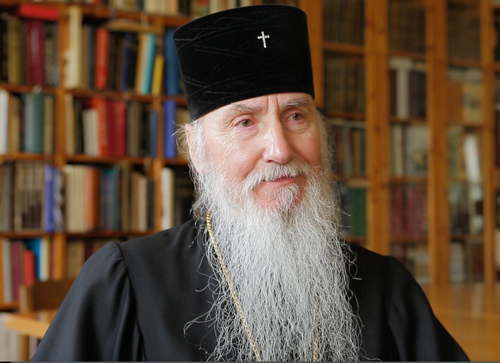 Metropolitan Mark of Berlin and Germany

When we began making a film about St. John of Shanghai and San Francisco in 2013, and after having attained the blessing of Vladyka Mark, Metropolit of Berlin and Germany, and of S’chi Archimandrite Basilius, the Abbot of the Skete of St. Spyridon and of the Annunciation – St. Justin hermitage in Germany, we had no idea about the both extent of, and the challenges presented by, this undertaking. 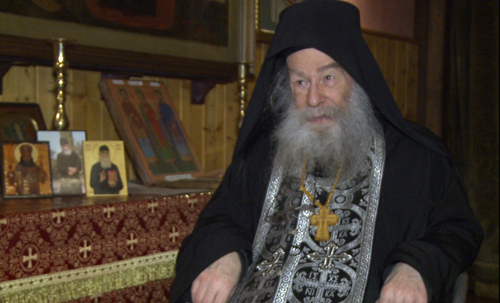 Years of research and countless shootings were necessary just in order to document the main stages in the life of St. John and to track down still living eyewitnesses in more than 9 countries on three different continents, who had been touched by his work. Our goal was not only to interview them as historical resources, but to trace the influence of Saint John in their later life and 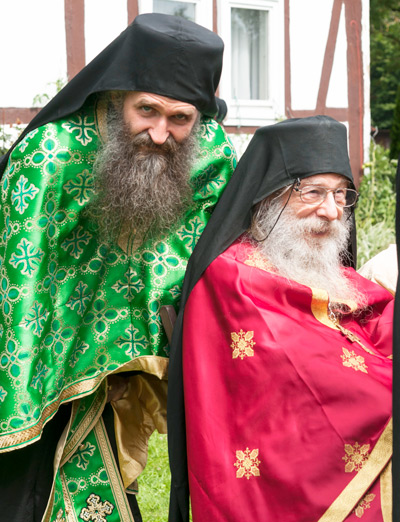 their crucial decisions, thus highlighting his spiritual heritage in their own pastoral work. And we also wanted to give a voice to the saint himself. This is why we spent long periods of time collecting unique visual materials about special persons and places, but also on recovering some of his long lost letters and sermons.

Initially we had planned a 60 minute TV documentary. In the meantime however our project has grown into a 90-120 movie project.

Such a project imposes immense investments in time and human resources, as well as enormous costs. So far, we financed the 80.000 € needed for the initial stages out of our own private resources and donations from friends. Our budget would already have doubled or tripled, had not camera operators, translators, cutters, speakers and other support personnel worked for reduced fees, or had even supported us altogether free of charge. Many people helped us on our extensive trips by allowing us to stay in their houses or monasteries, feeding us, helping us in many ways and driving us to the places we needed to document.

Apart from such support, we have significantly profited from the prayers of our fathers and of many faithful who support our work with their enthusiasm. Again and again we faced the profound significance of prayers to God and His saints for us and for the success of our undertaking.

We still need to collect material in Jerusalem, in China, on the island Tubabao, in Serbia, Belgium and the Netherlands. We need to complete the final cuts and sound editing for the various language versions (primarily focusing on English, German, Greek, Serbian, Chinese, and Russian). Depending on the length and quality of the final product, we will still need to raise between 100.000 and 150.000 Euros.

For the first time in film history, Christians, and people who are interested in Christianity, are offered the opportunity to support a unique Christian movie project. While lacking financial help from mainstream media, tv channels or official film funding, this format avoids the risk of distorting interests and influences. Such a movie project by Christians for Christians, for those who are seeking and who are interested in Christ, does not focus on profit. Any profits that might accure will be invested in further Christian movies, and thus again in work by Christians for Christians.

How can you help?

You can share the link to our homepage with friends, acquaintances and potentially interested persons via email, WhatsApp, Facebook, Twitter etc. You can support us with your donation and your prayer. Keep yourself informed about the progress of our work on this website. Here you will also find information about the premieres and dates of further showings.

What are our plans after finishing the film project?

The film will be shown with support by the non-profit organization “Deutschsprachige Orthodoxie in Mitteleuropa (DOM)”  (German speaking Orthodoxy in Middle Europe), by the recently founded “Christian Movies on the Road” and at various Orthodox movie festivals both in Europe and worldwide.

When will that be?

We hope, God willing, to finish the first versions of the project at the end of 2020.

May this movie about Saint John of Shanghai and San Francisco offer a substantial contribution for the development of a future Christian movie- and TV-program, a resource for the strengthening of the faith, of love for Jesus Christ, for our saints and for the Church.