A few words about our team members and why they support our work on the film – many of them just for the glory of God. 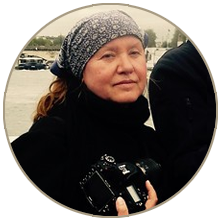 The documentary director and author Maria Ingrid Bandmann has been working for German television since 1995. In addition to Christian themed films, she filmed a series of documentary films after the collapse of the Soviet Union in Russia and Eastern Europe for the well-known series in Germany “Countries People Adventure”. Two of them can be watched here on YouTube in Russian version and one movie in German.